Read also: What The World Would Look Like If Dipset Never Existed?

With features from artists not limited to but including, Aluna George, Phonte, Vic Mensa and grammy nominated, Craig David, 99.9% is a voyage from beginning to end. Staying true to his electronic style, Kaytra takes it a step futher, blending deep house, boom bap drum patterns and funk…with a hint of trap.

Kaytra takes us on a soulful journey, infused with hi-hat drum patterns, strings and keys with tracks like “Bus Ride” and “Weight Gone”. Ultimately, these melodic “dilla-esque” / 9th wonder tracks, are reminiscent of a time when hip hop was at it’s purest.

Switching things up, “You’re The One” featuring Syd, is a catchy electro-pop track. Her soft voice creates a playful ‘girls night out’ feel. The track fades to the sound of maracas giving it extra spice.

The tempo picks up with the psychedelic “Lite Spots”. This is where deep house meets 70’s funk with a serious bounce in the baseline. The added voice sampling rounds out the track, giving it a catchy hook that you find yourself trying to sing along to. Click here for the full video.

Kaytranada’s album is available on itunes for download and spotify for streaming.

We personnaly believe that Quebec’s media outlets are not giving this creative enough light. It’s not like he needs it at all but it would definitely be a right thing to acknowledge his work. As far as we know there are not that much musicians from Quebec that have crossed borders and even countries like he did! (two cents alert).

Question of the day

We have withnessed many upcoming producers from Quebec getting exposure all across the globe lately. Who should be the next top producer according to you?

Advertisement
Related Topics:
Up Next

Malik Shaheed : A Decade Of Versatility 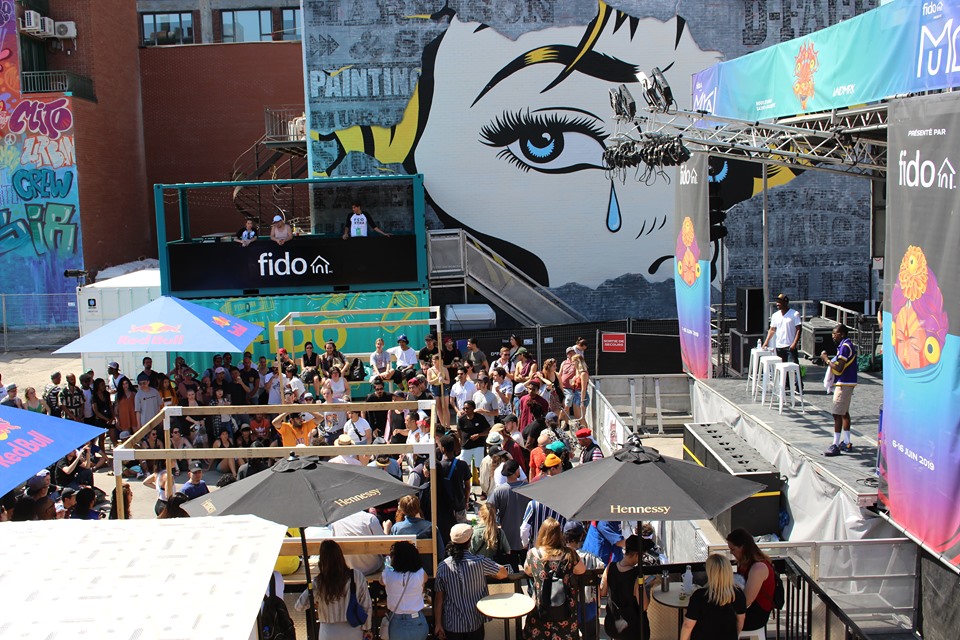 Everything you need to know about the Montreal Mural Arts Festival is here !

This is the 7th edition of the festival.

It all started from the dream of 4 men who loved traveling around the world to attend the planet’s best festivals. Alexis Froissart, Andre Bathalon, Yan Cordeau and Nicolas Munn Rico (founders of the Mural festival) noticed there was a gap in the market. 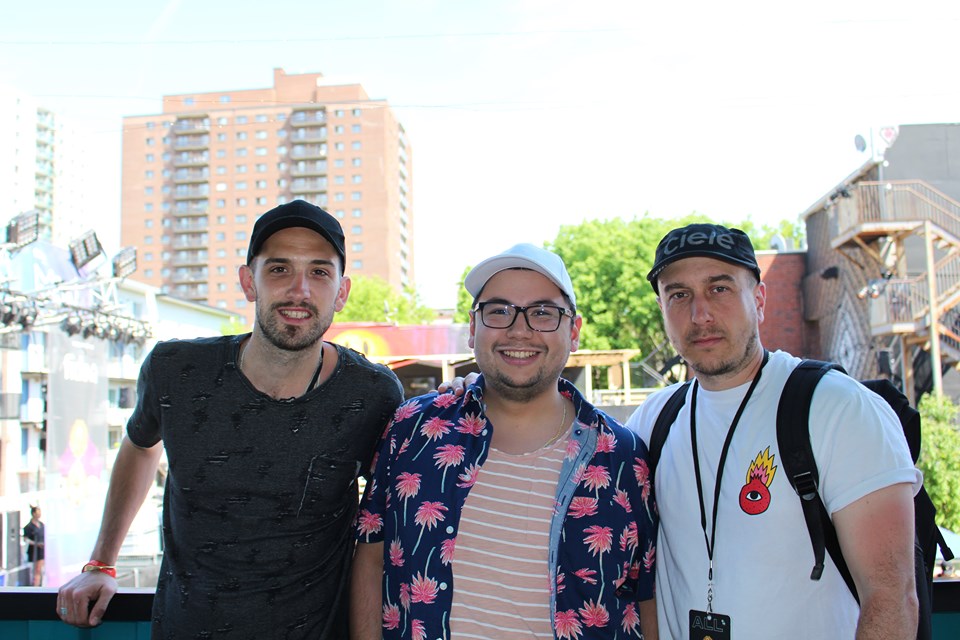 ”We didn’t have this kind of festival in Montreal so we wanted to bring it back to our hometown.” says Alexis.
”It started as a 3 day festival and we quickly grew it to 11 days this year.” He added.
It quickly grew from a simple Festival showcasing the talents of local Graph & Painting artists to an overall celebration, showcasing local shops, restaurants, designers, dancers, musicians of the underground Montreal community. 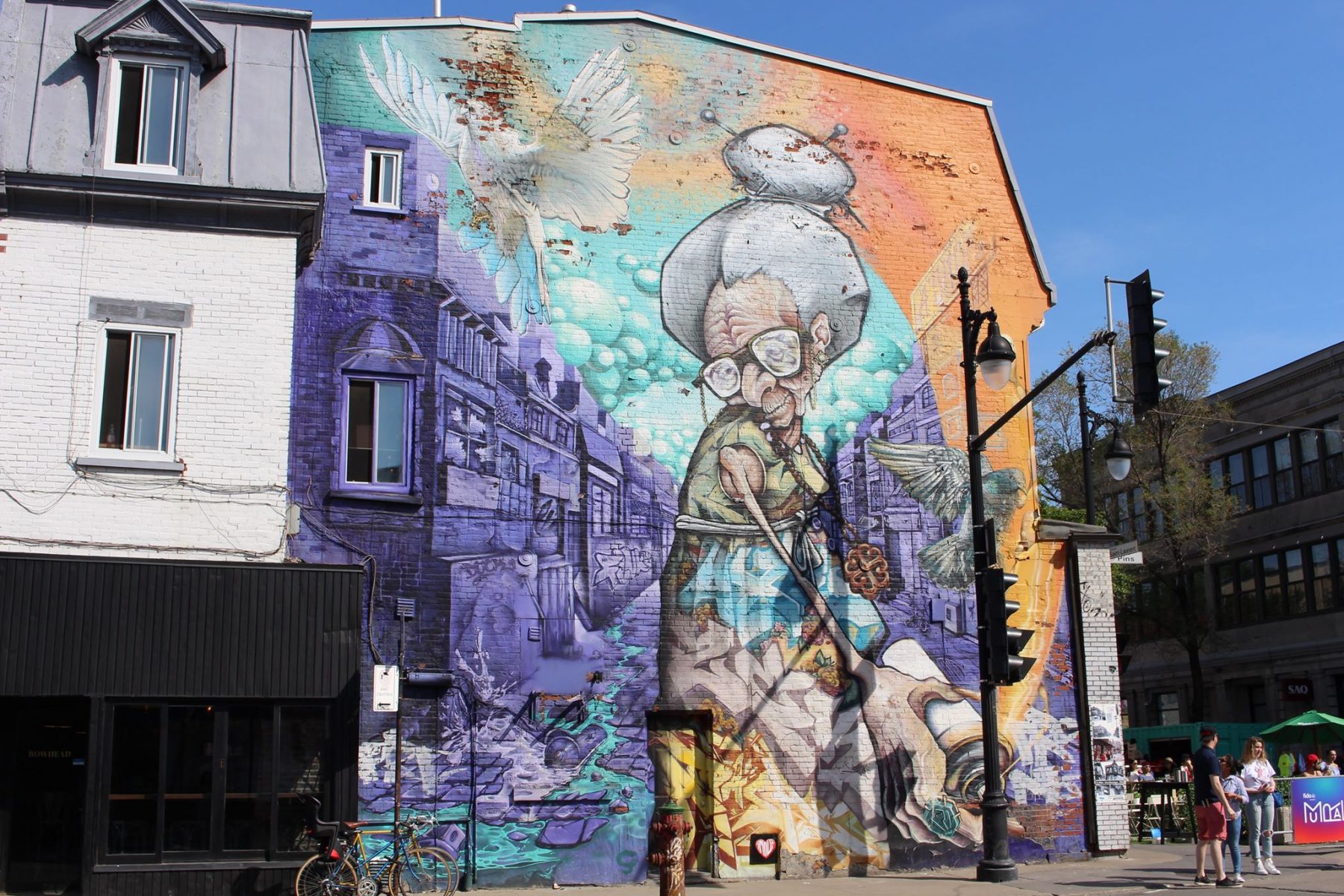 Mural Festival happens every year during the F1 (Formula 1) festivities in Montreal, the busiest weekend of the year. 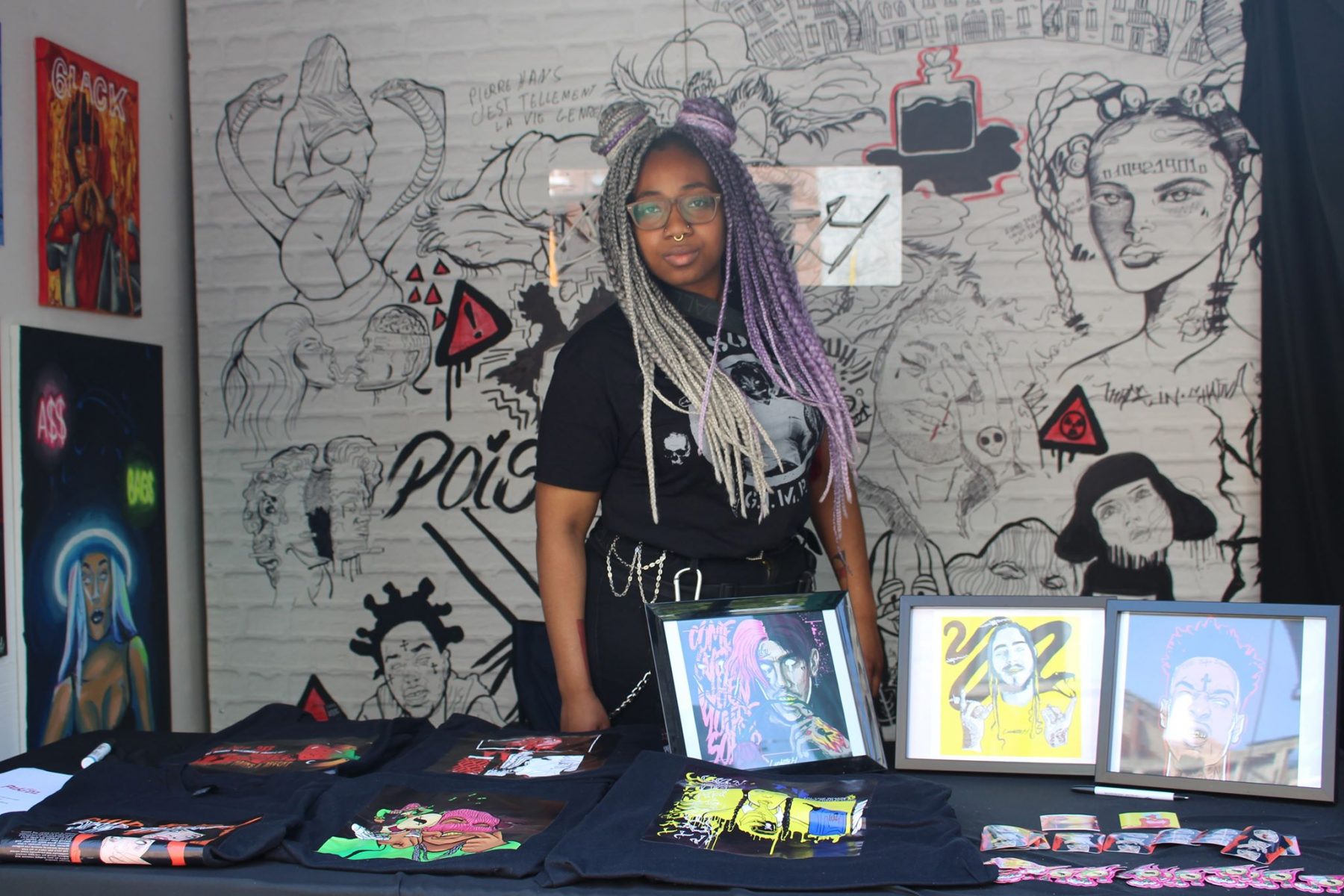 (Representing @Lukitahofficial & @Poison_Bylns on Instagram)
Street food, local merchants & Handmade crafts are roaming each side of the temporary pedestrian street 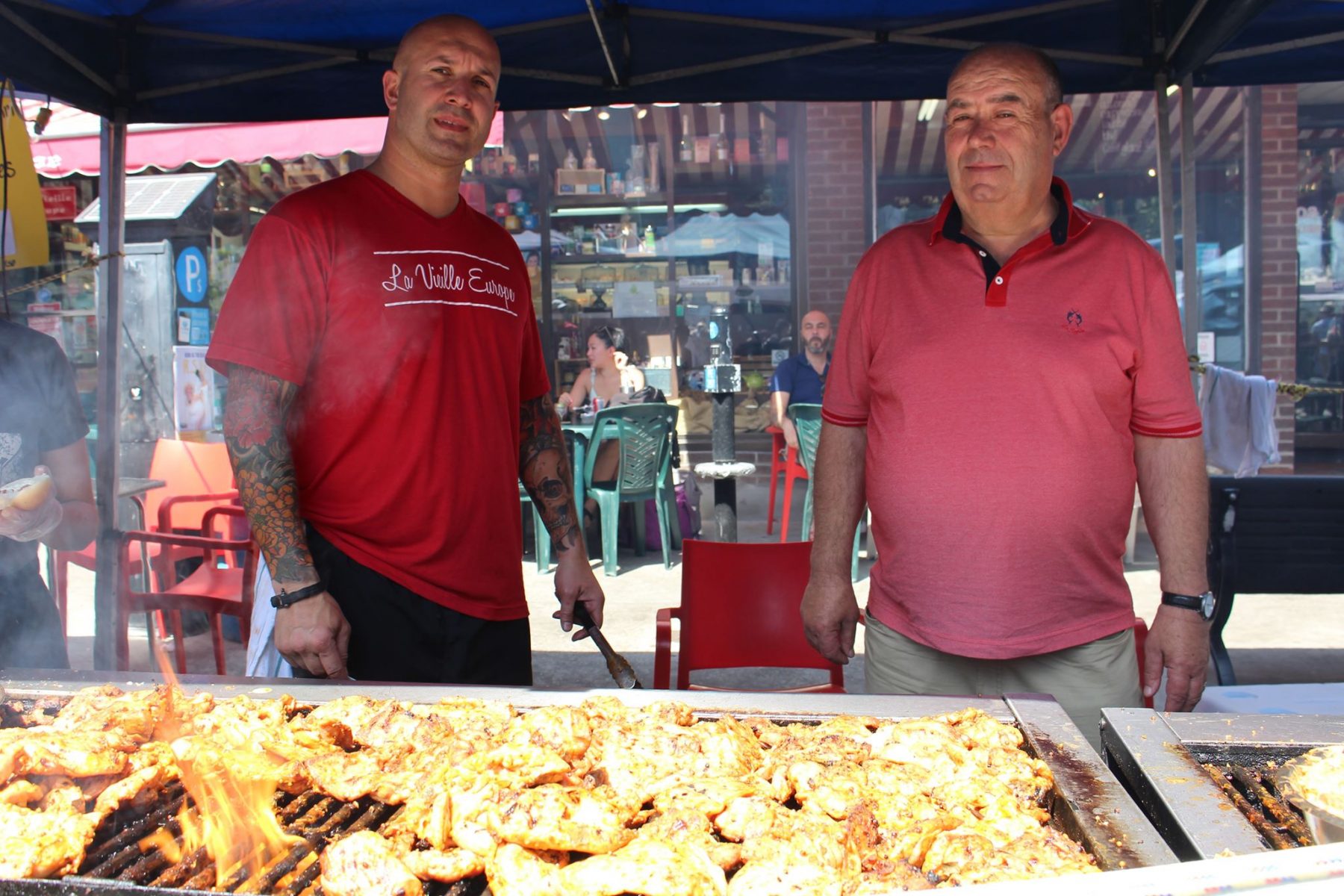 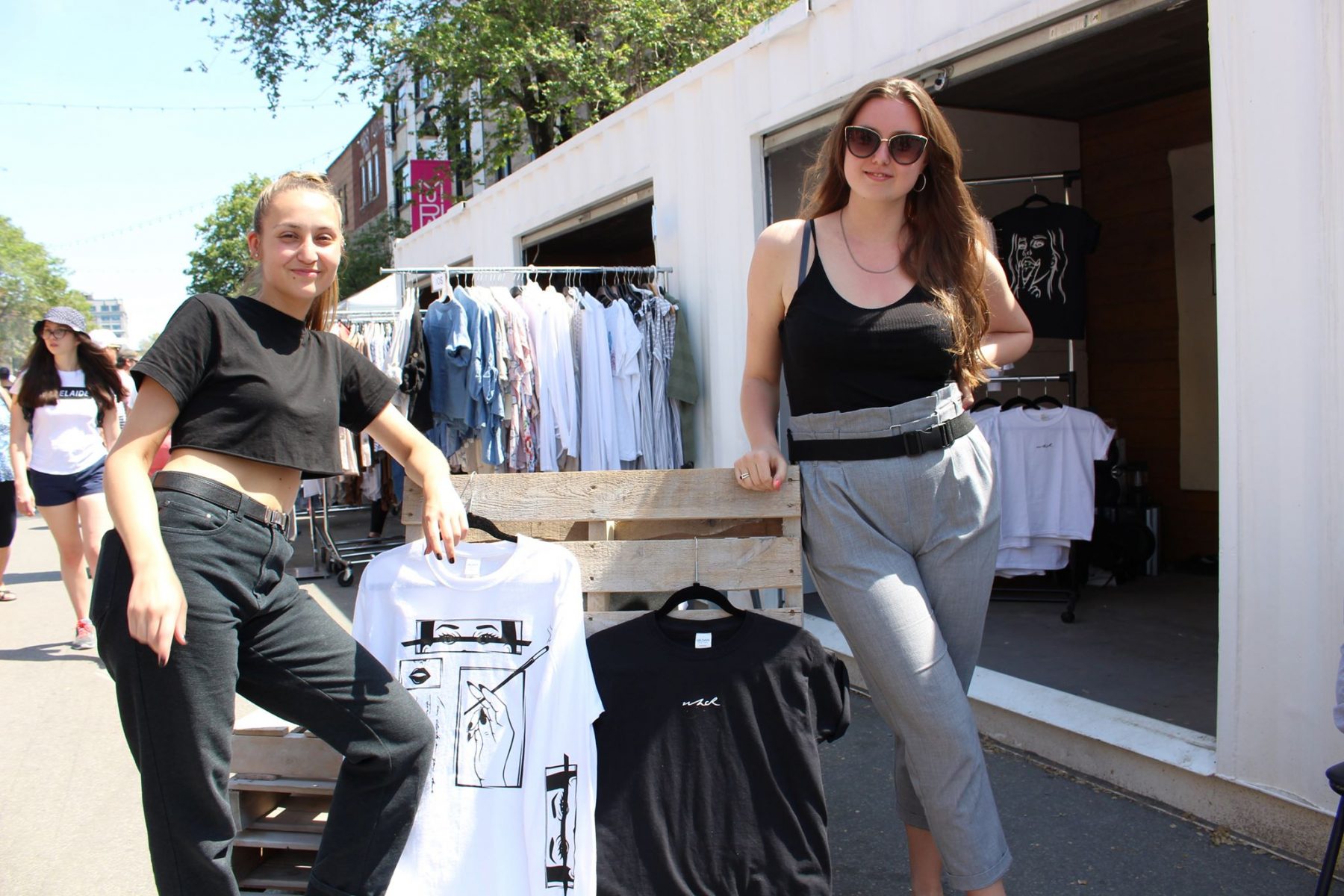 (Representing WHCK Clothing & Artwork, @WHCK.MTL on Instagram)
This year, the founders of the festival included an International dance competition sponsored by RedBull 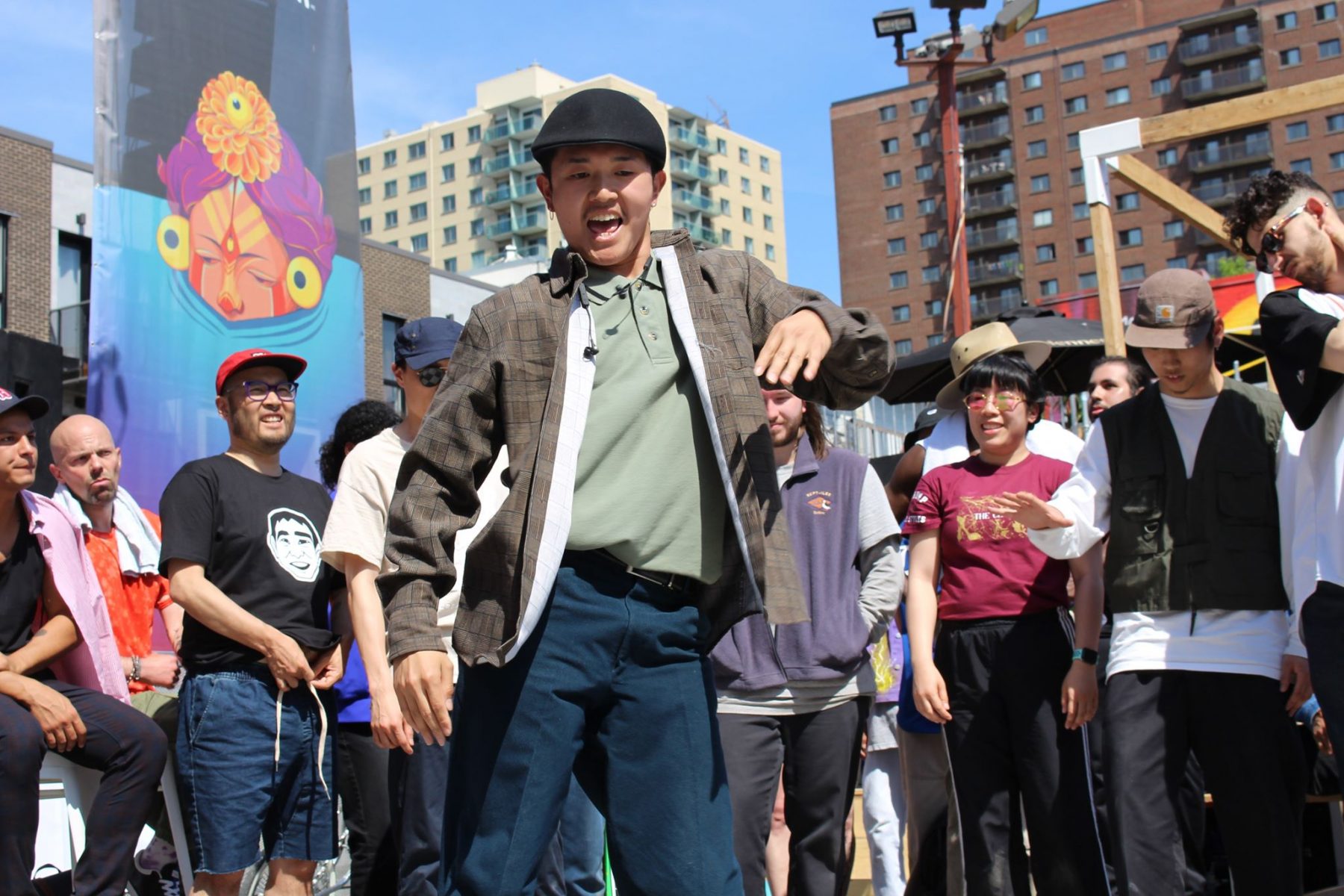 (Dancers during the Redbull contest)

More picture of the event : Make sure to tag us on Instagram @MontrealGotStyle 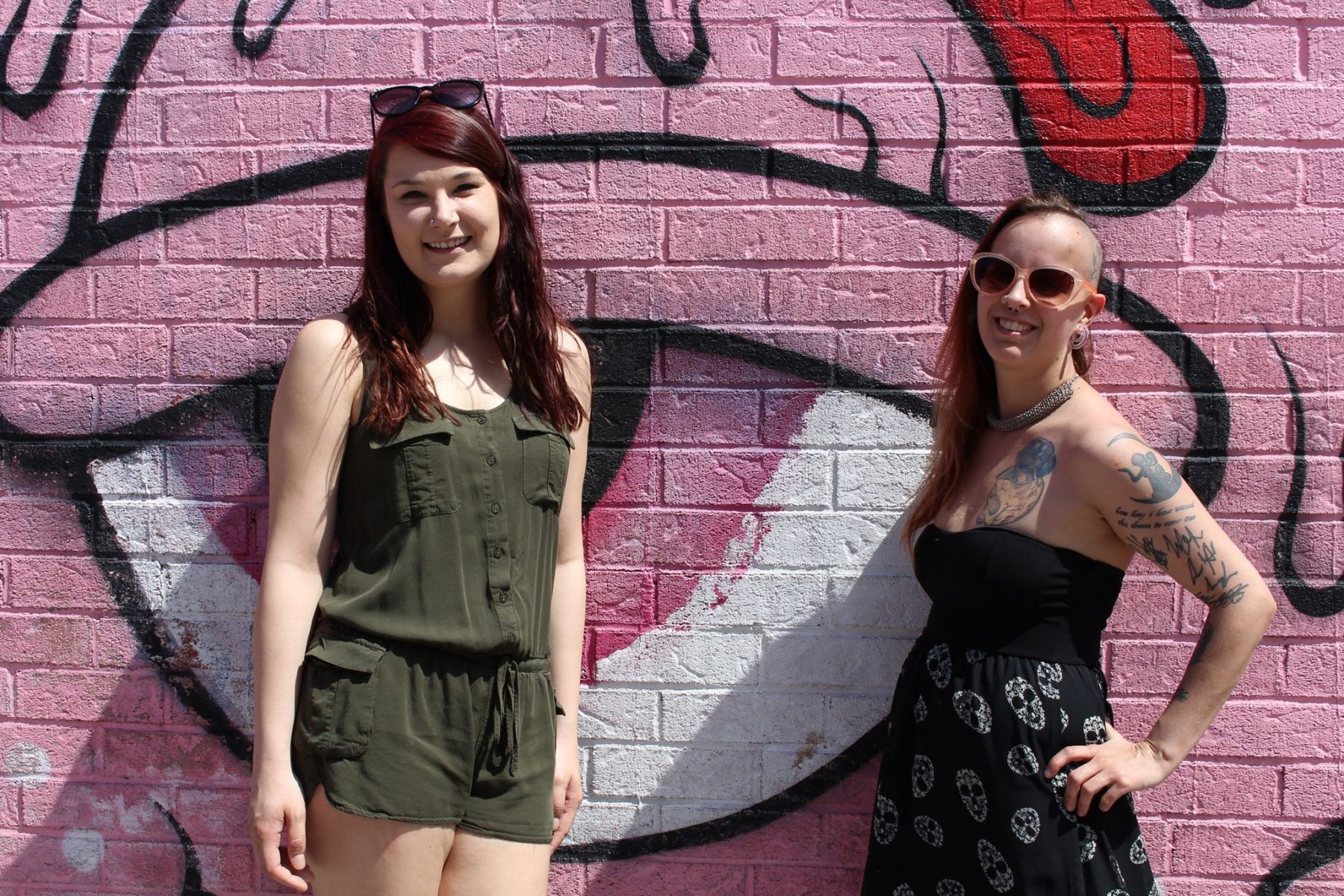 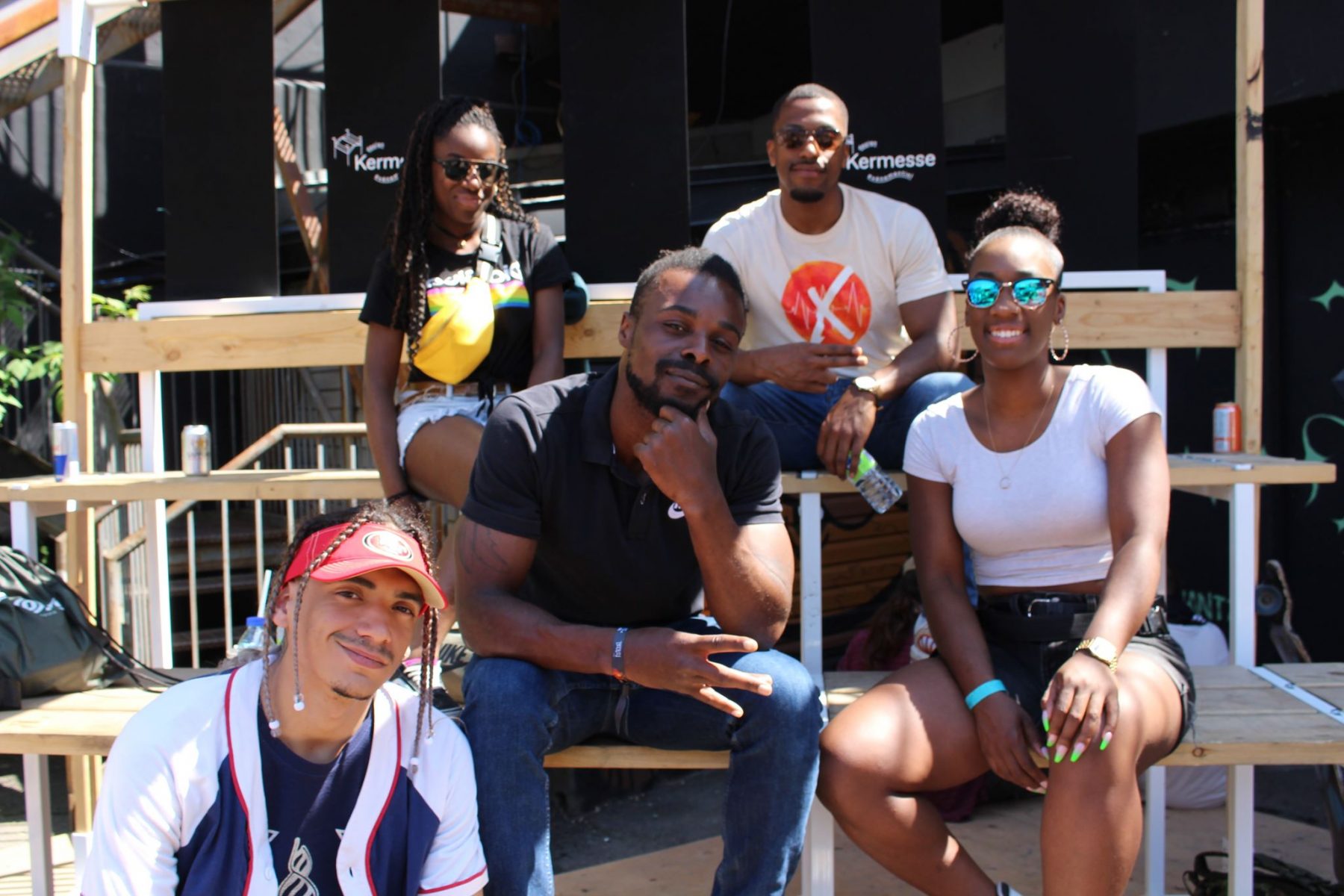 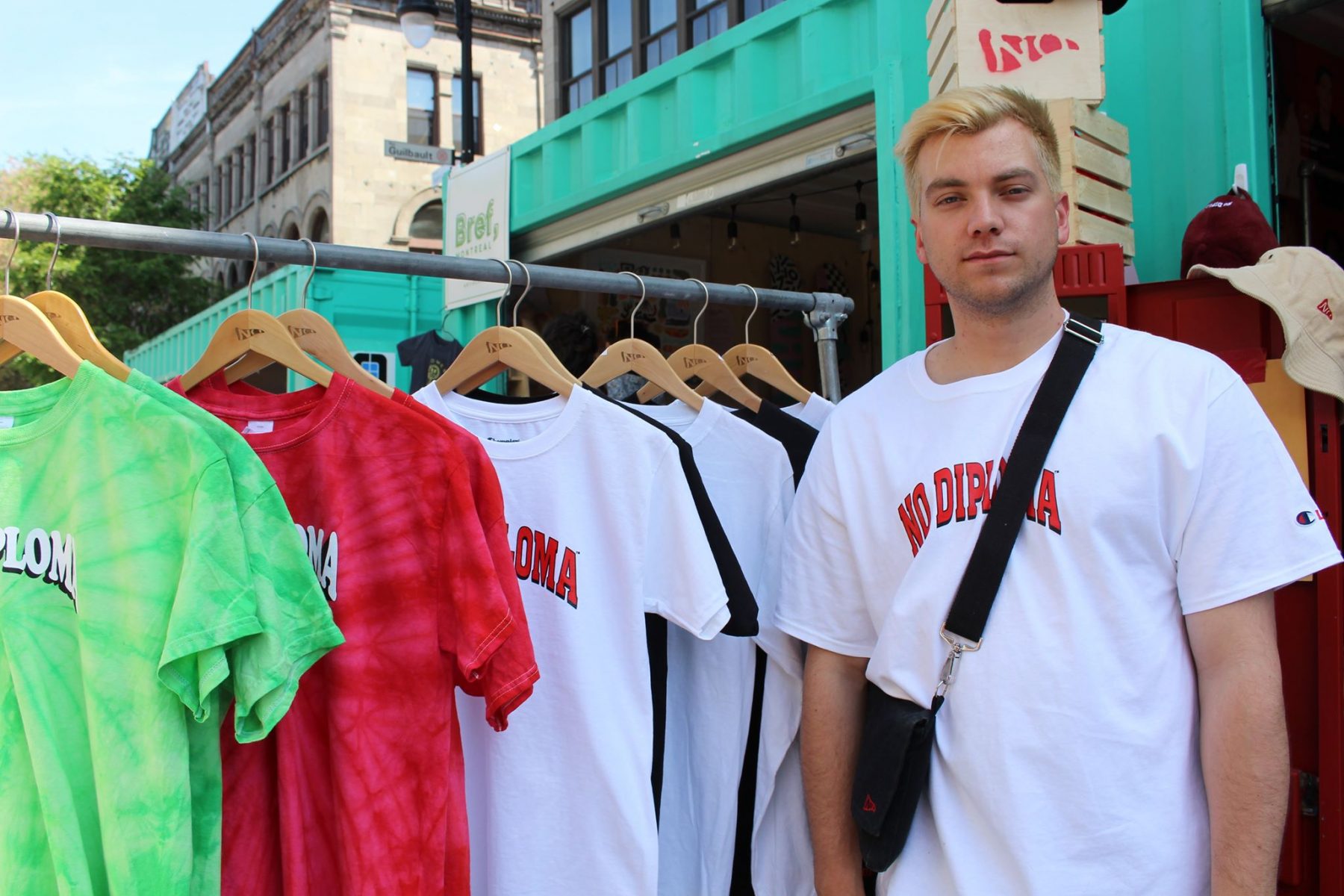 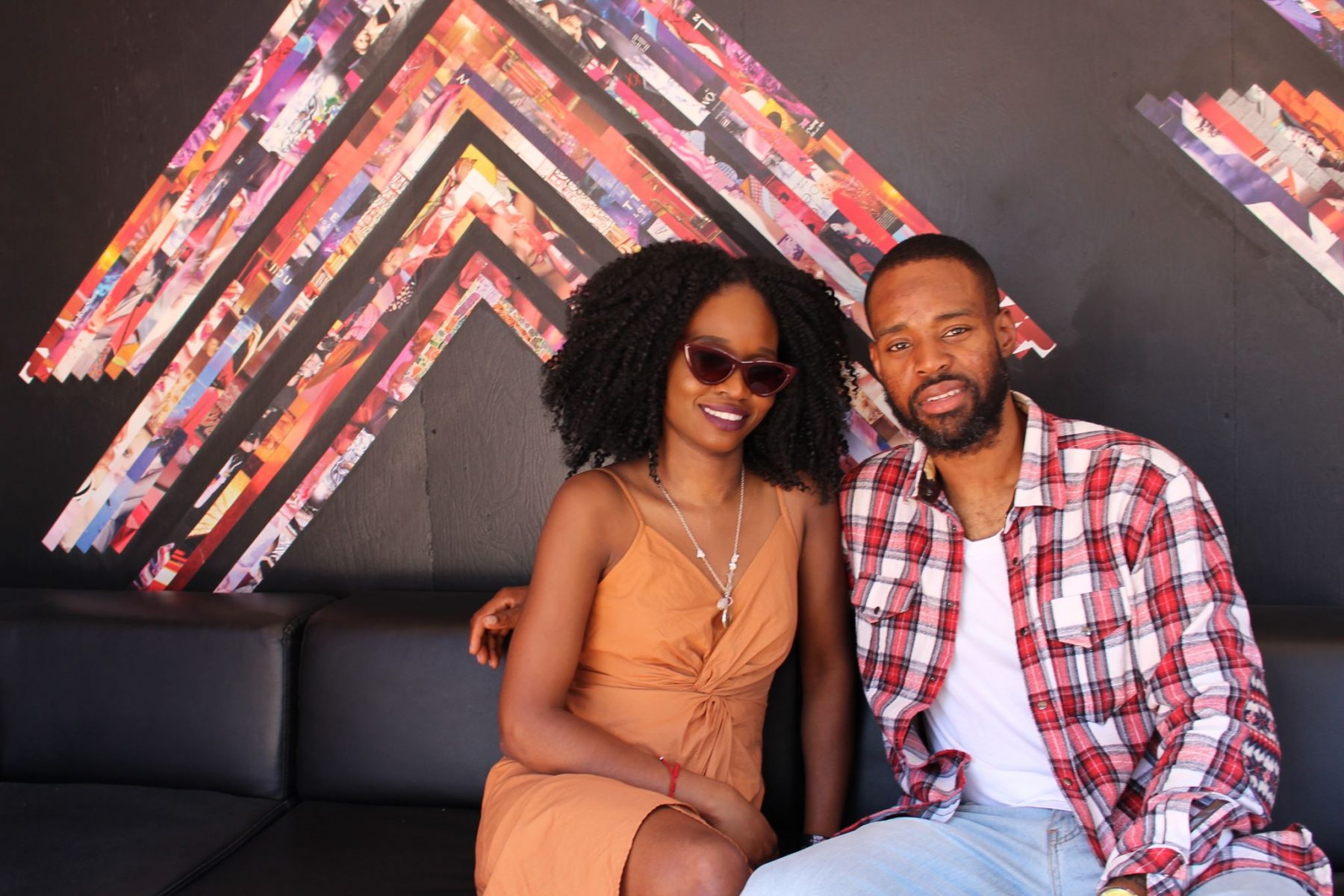 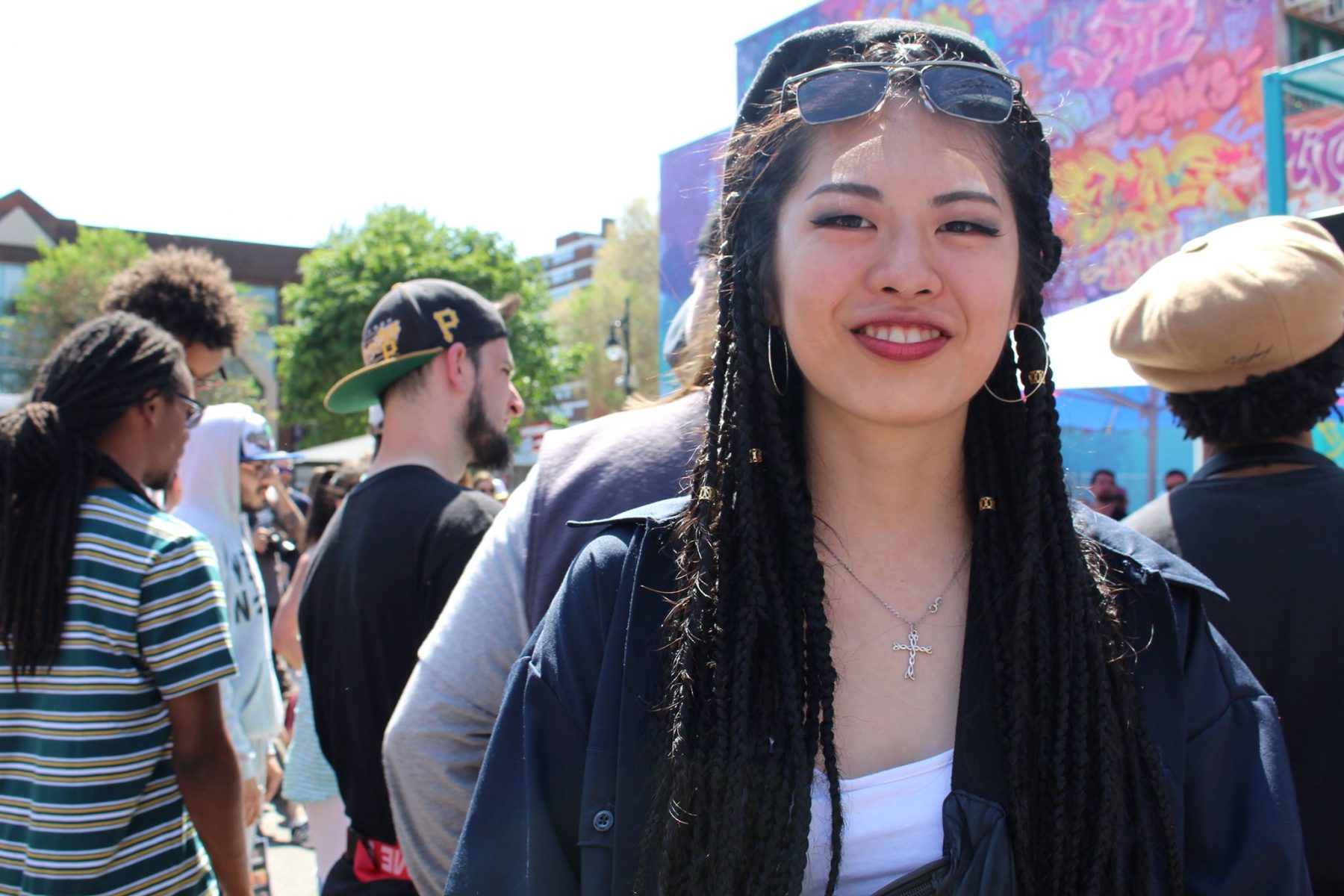 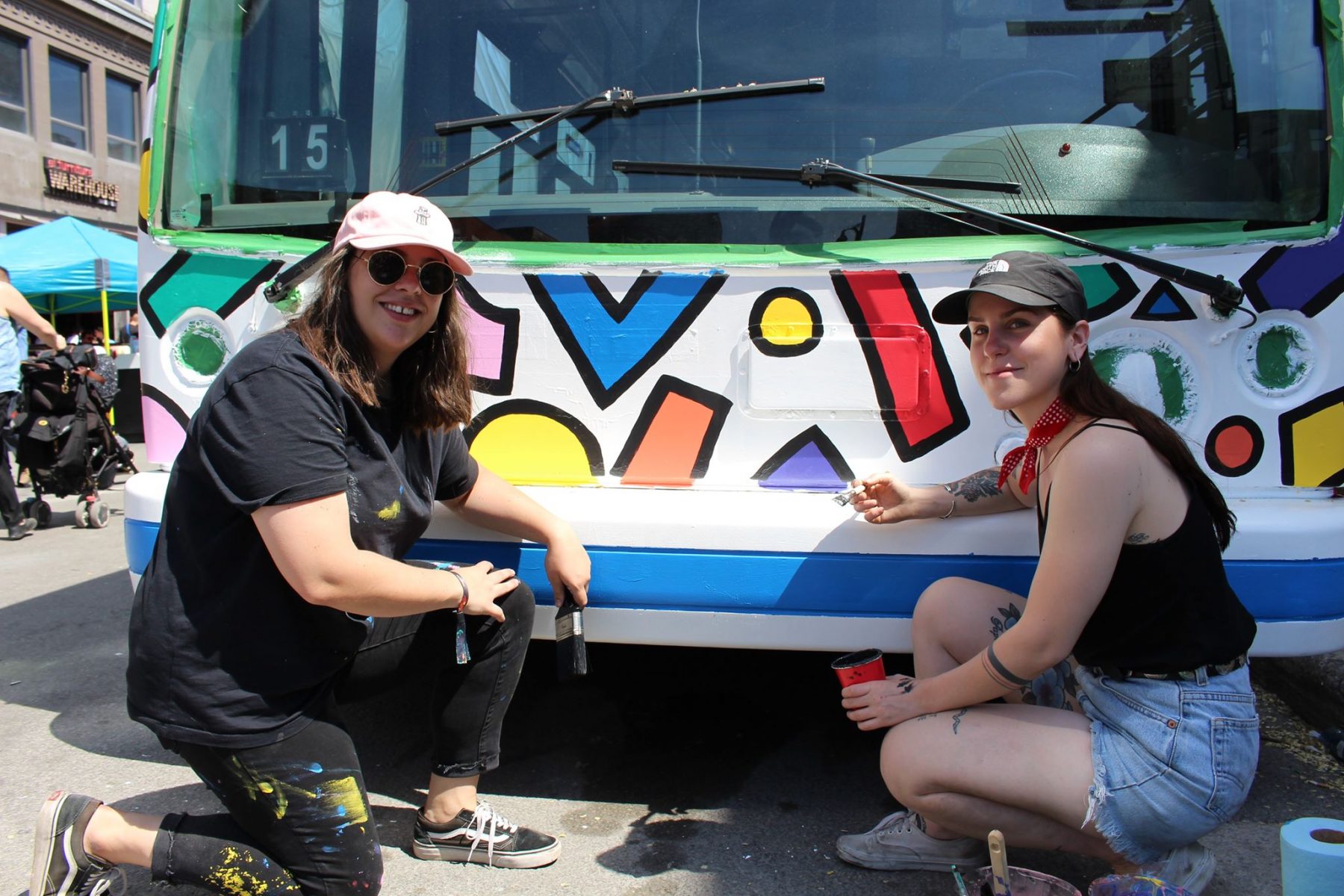 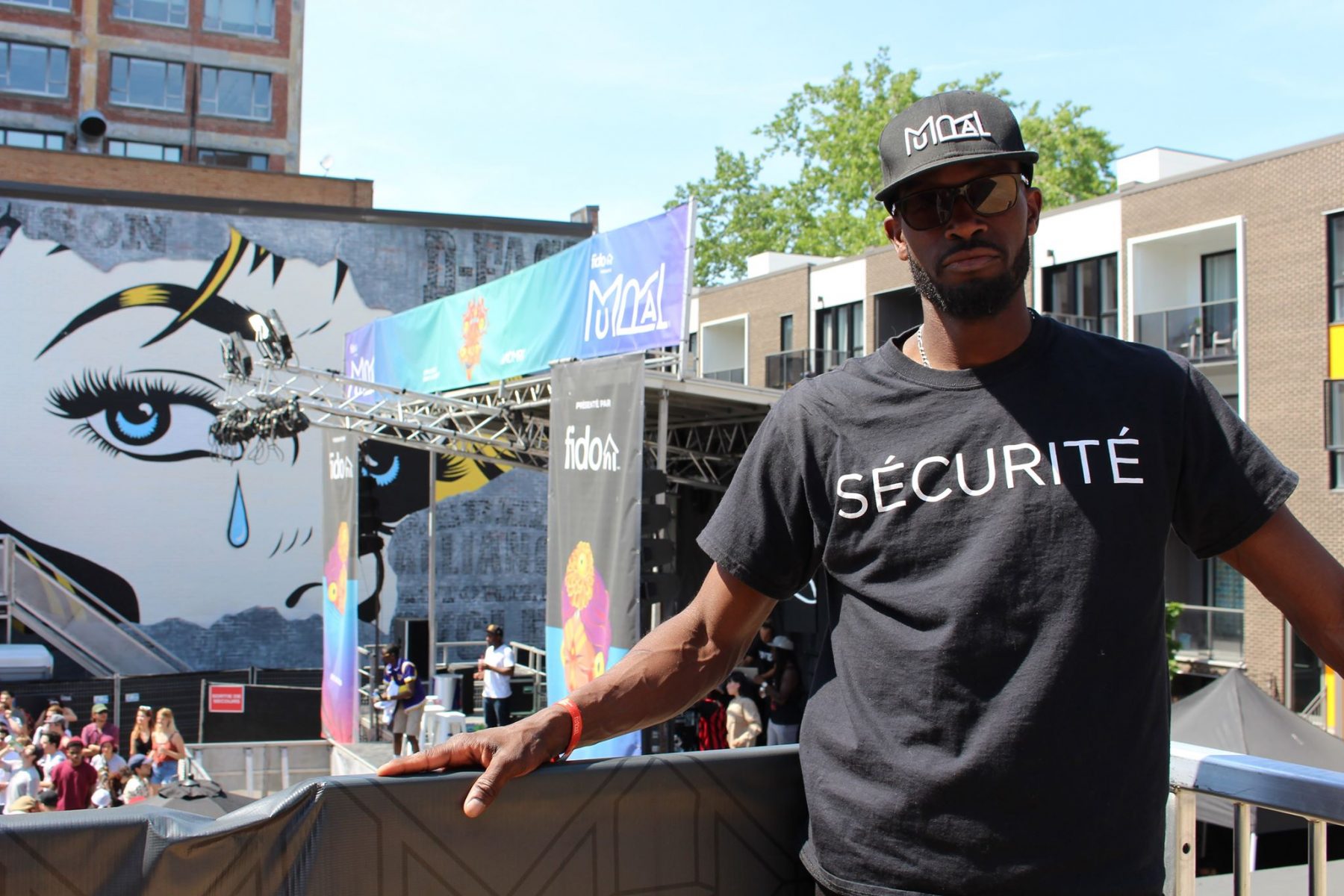 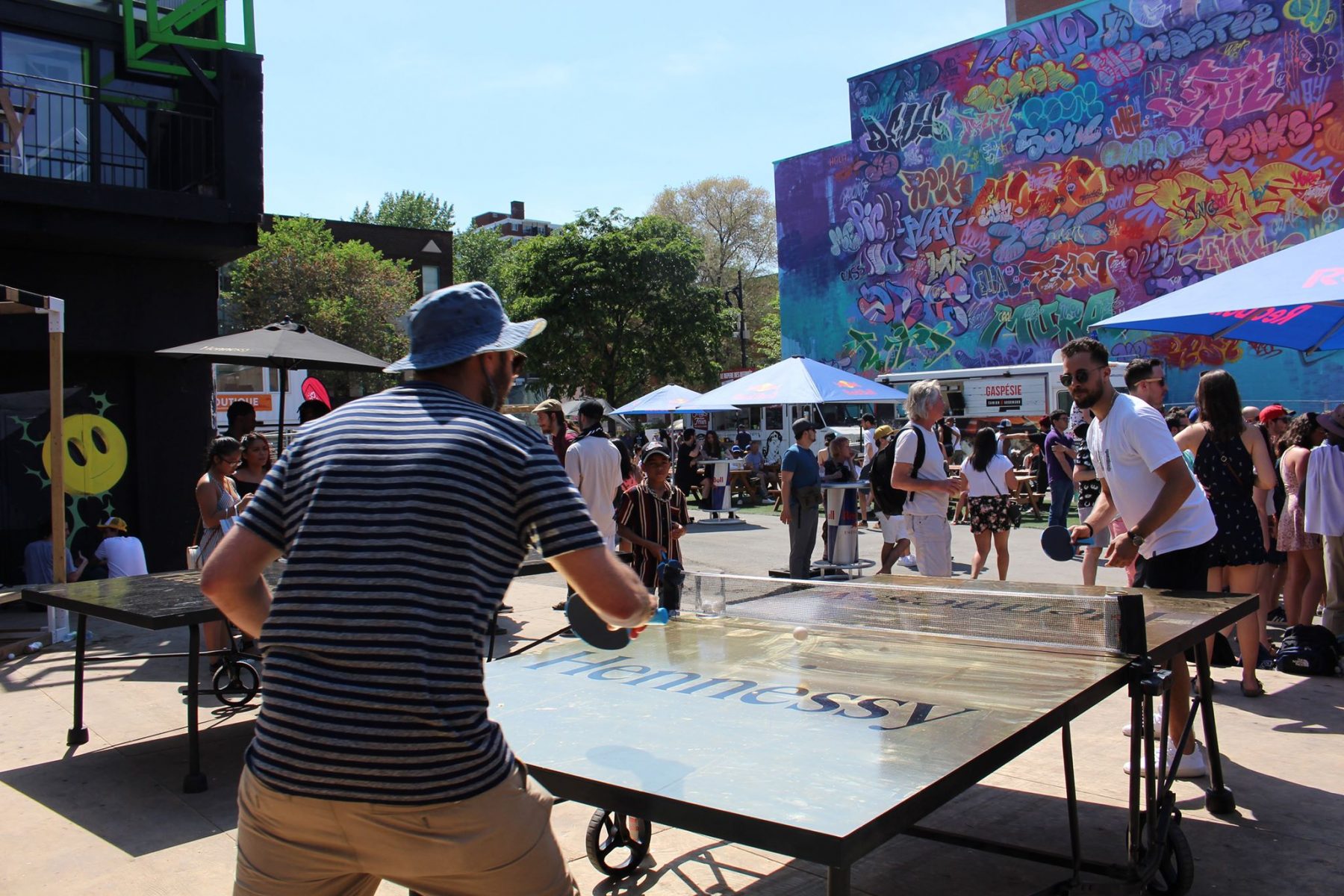 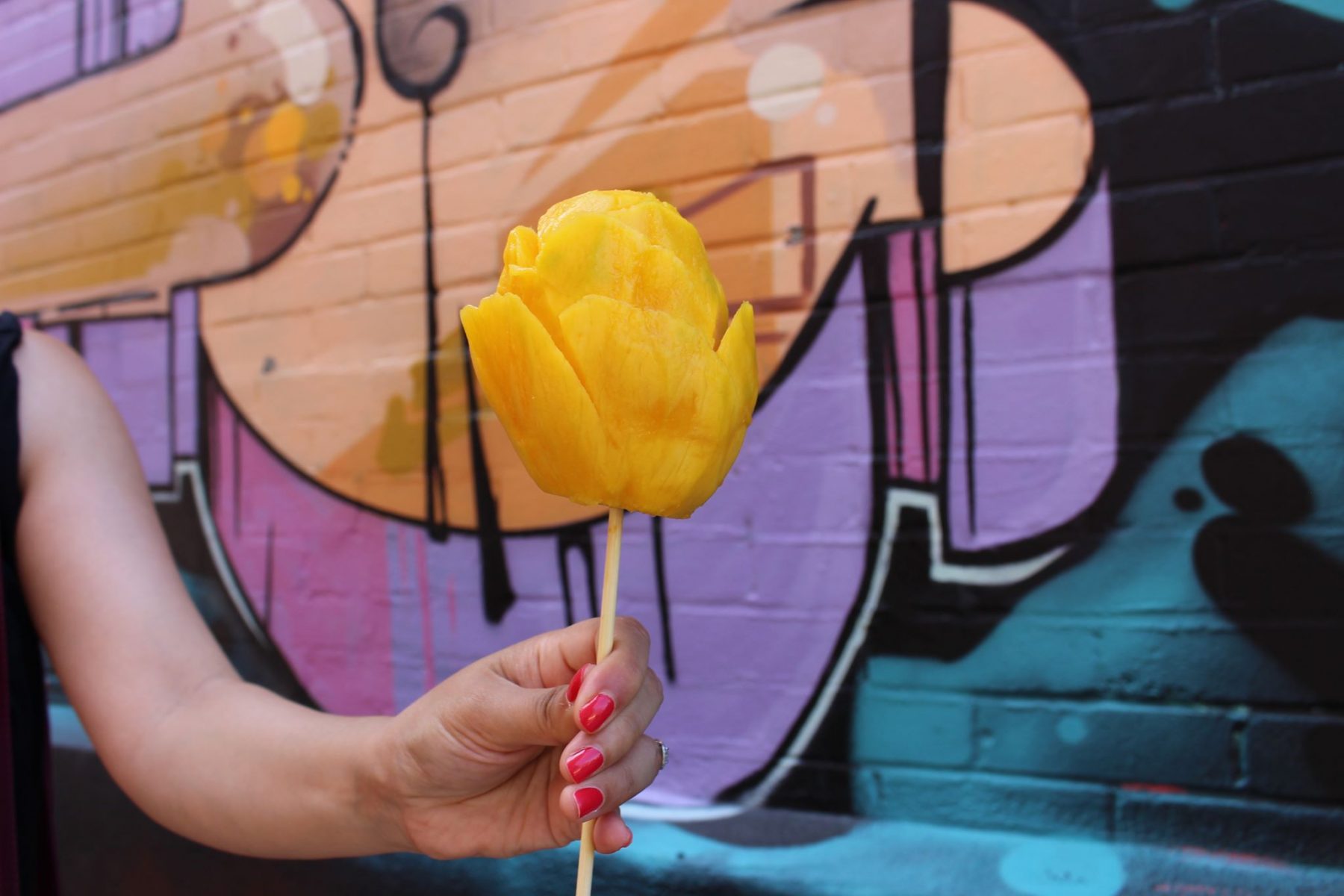 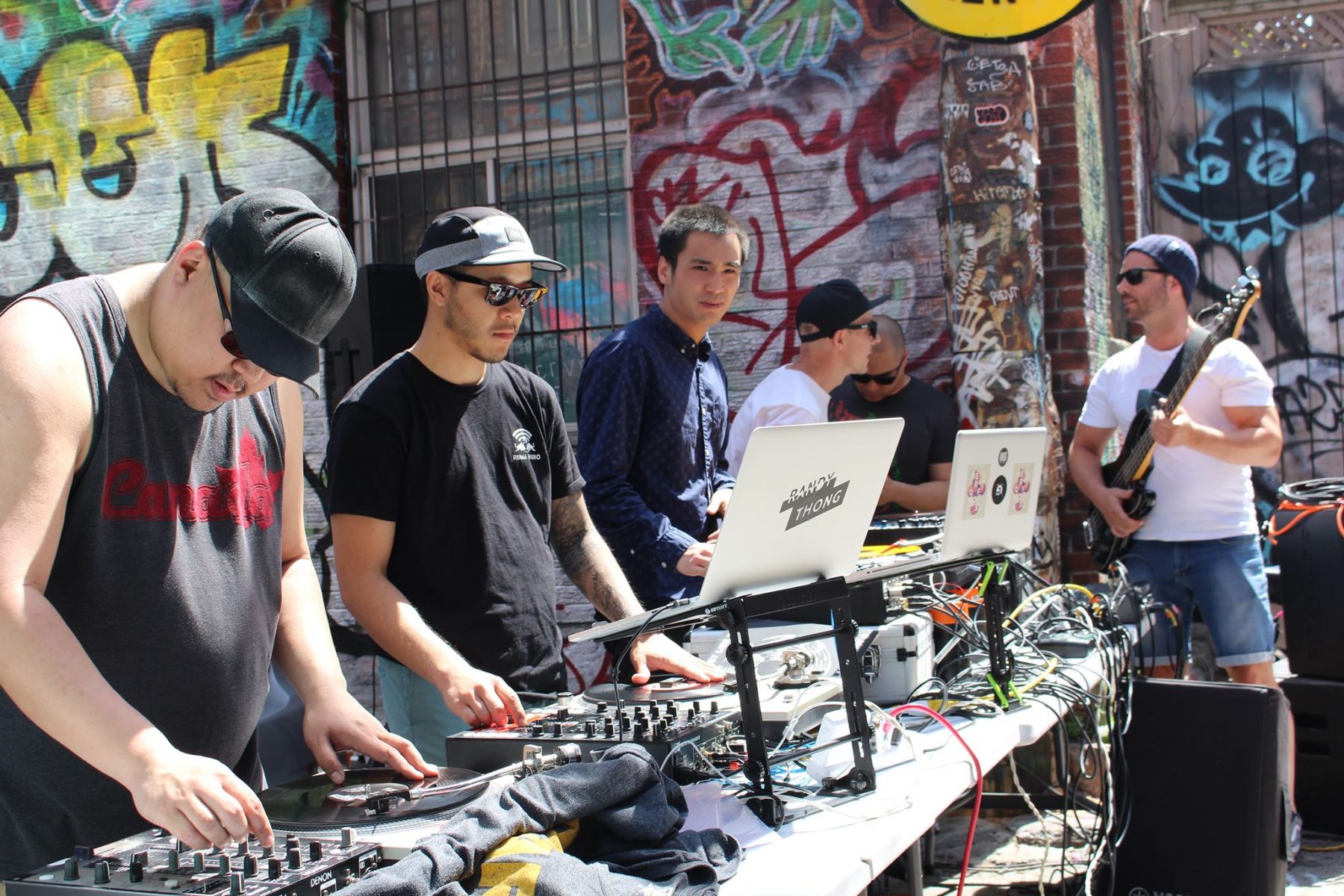 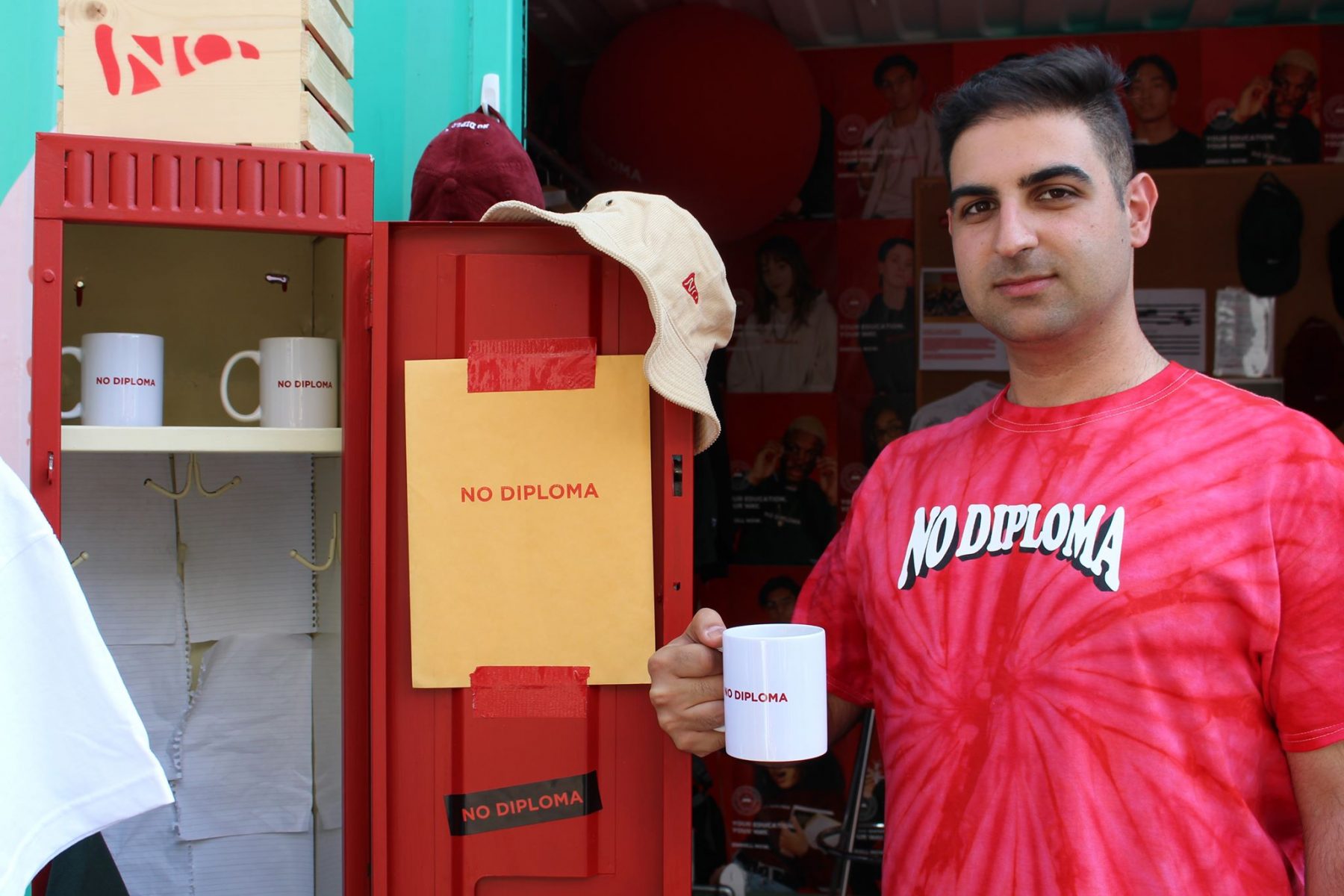 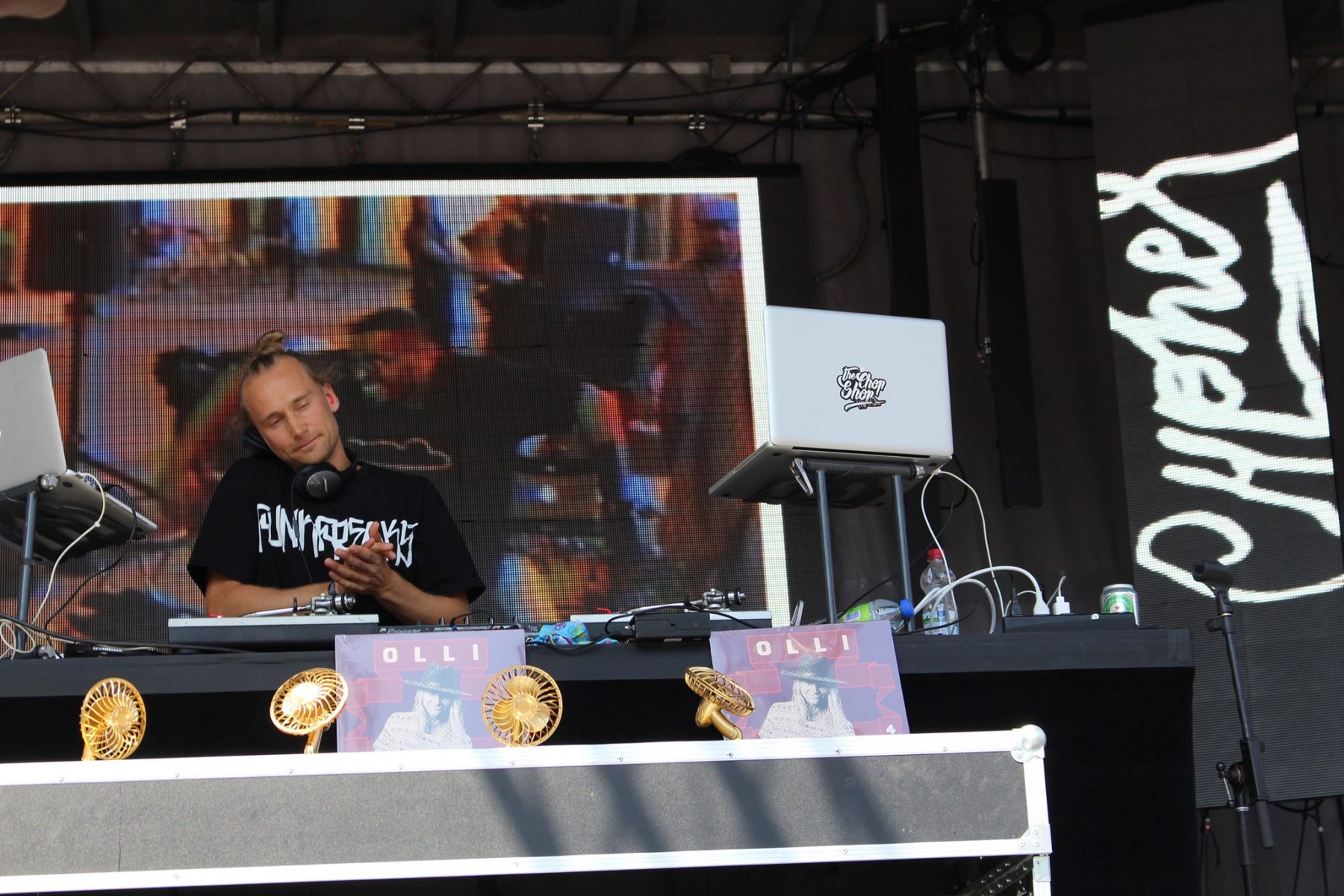 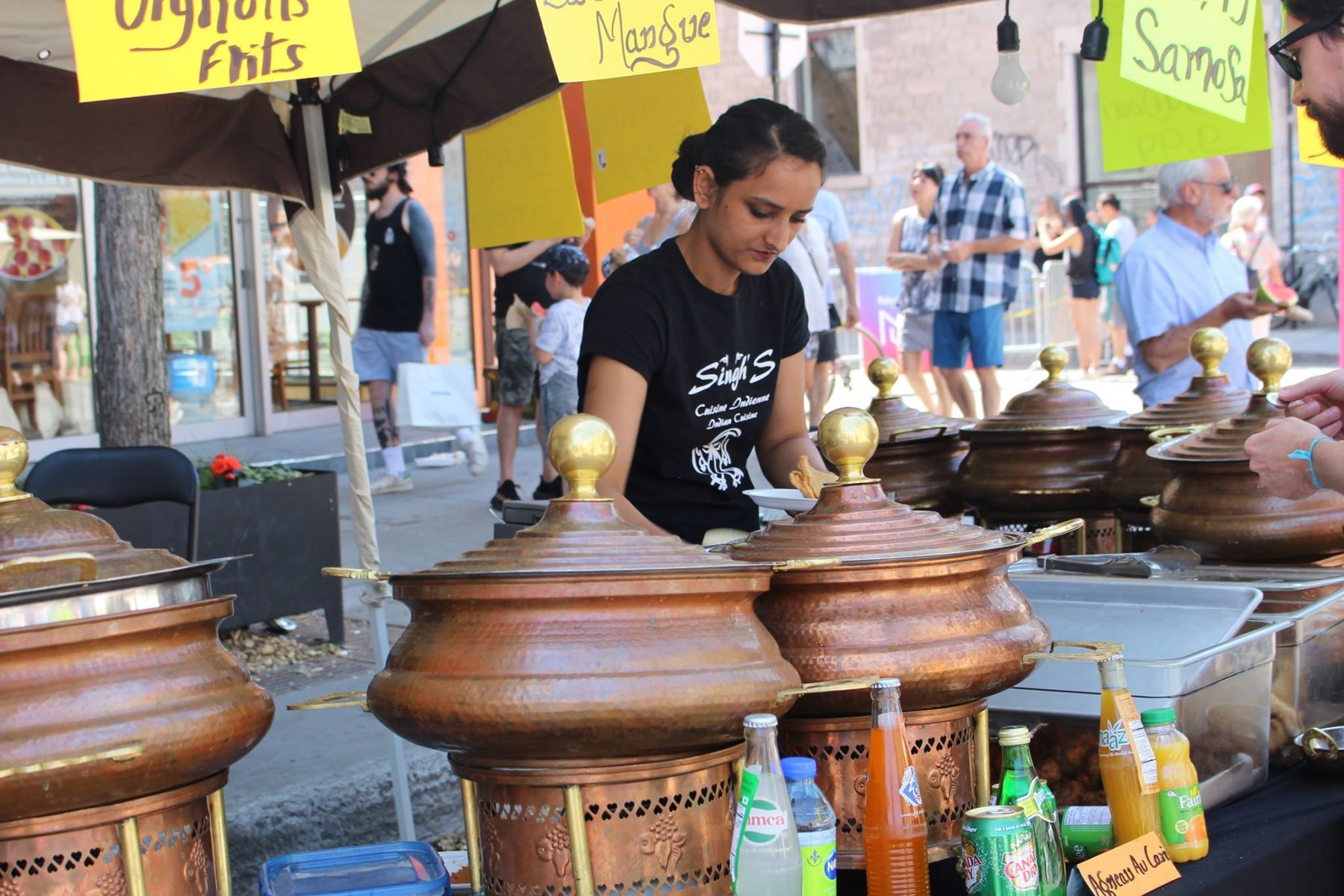 HBO FINALLY revealed a date for Game Of Thrones Season 7

Your Facebook newsfeed can really change your life and yesterday our hearts almost stopped when HBO finally revealed a date for Game Of Thrones season 7.

Read Also: Brace Yourselves 90’s Babies Because «Student Bodies» Might Be Back!

Television networks nowadays are like my dating life. I flirt with some tv shows, I get to know them a little more and by the time i’m hooked; they’re gone like the wind.

This time around, the new season seems promising but there is a huge catch: they will produce only 7 episodes instead of the usual 10 episodes.

HBO explains their choice by the fact that they want to invest their budget to improve the quality of the upcoming episodes. Between me and you, if they manage to do something even more epic than that “Jon Snow Vs Ramsay Bolton” battle; we can give them a pass for keeping us waiting.

Game Of Thrones is the underground king of building suspense for its viewers (I mean literally). Every season was somekind of snippet of a middle age world war III with an eternal “Mixtape coming soon” vibe. I think we will finally see the end of the tunnel in this season.

The official launch date is july 16th and before we all start to chant “Winter Is Coming” like a national anthem, we have some predictions for the upcoming season!

Trailer Of Game Of Thrones Season 7

Our Predictions For Game Of Thrones season 7

The Night’s King Will Die

This scary-ass-none-talking-3d-lookin-ass baddass BEEN around for too long!

Cersei Lannister Will Keep Her Place On The Iron Throne

She slept with her brother,walked naked through King’s Landing,killed her husband, pushed her son in the arm’s of a fake chick, murdered a whole church and so on.

As Sam Cooke would say “It’s been a long time coming” for Cersei and she ain’t ready to leave just yet.

Daenerys Targaryen Ain’t About That Life

She has dragons,an army of loyal soldiers that only know how to say her name, she has Tyrion Lannister has a consultant but we all know deep in our hearts that she ain’t about that life.

Personaly I always had a hard time to take her seriously but I still hope that this season will show another side of her.

Jon Snow Will Be Jon Snow

Jon Snow is the human form of the “she loves me, she loves me not” game. Indecisive, self doubts and close-ups to his “WTF” faces because that’s what ladies like about him.

I think he might have the opportunity to take the Iron Throne but he won’t go for it because at the end : Jon Snow will always be Jon Snow.

Sansa Stark Will Have Something To Do

Sansa has to be the only character in history that became relevant to a show just because she got abused by a man.

Since it took a while for the new season to be annouced, we strongly suggest to catch up on the previous episodes. As every Game Of Thrones fan knows, it’s hard to keep up with names and the 10001 stories inside the main story!

What are your favourite moments of the show so far? What are your own predictions for Game Of Thrones season 7?

It’s About To Go Down! 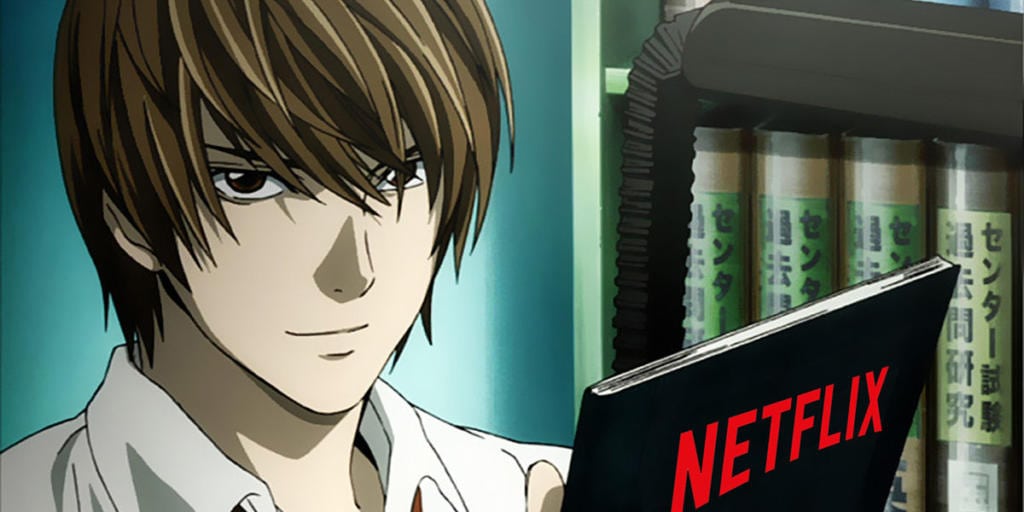 Death Note The Movie Is Coming To Flip The Anime World Upside Down!

Since Marvel has been extremely successful in adapting their comics to television or movies, it’s only really right that our favourite mangas get the same treatement and Death Note the movie will definitely be something major (or not who knows)!

Read Also: Parenting From Behind Bars : The Incredible Story Of Lanre Onigbinde-Bey & His Daughter

Many production companies were interested in adapting the popular manga but Netflix had the final say and here is how they teased us for the upcoming project:

I personnaly feel think it’s a great idea that Netflix took over the production for the move. Since the “Narcos” days, I think Netflix proved that they can recreate scenarios and stick to the script to certain extents.

I must admit that I was a little bit disappointed by the cast and we’ll talk about that further in the article.

What Is Death Note? 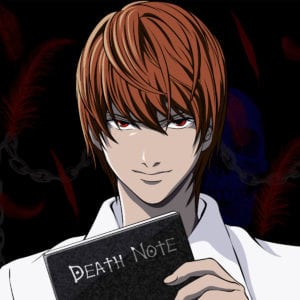 Death Note is a story that evolves around the main character called Light Yagami. a high school student that discovers a powerful book in which he can kill anybody just by writting their name in it! Light then decide to use this book to eradicate criminality and become the god of this new world he tries to create.

What makes the anime even more incredible is the fact that Light’s father is actually the chief of police. This alone forces the character to find a way to go ahead with his plan and stay out of trouble (which is almost impossible at certain times). 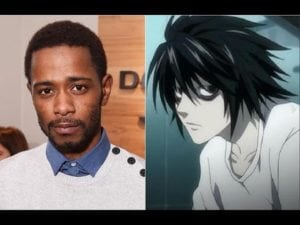 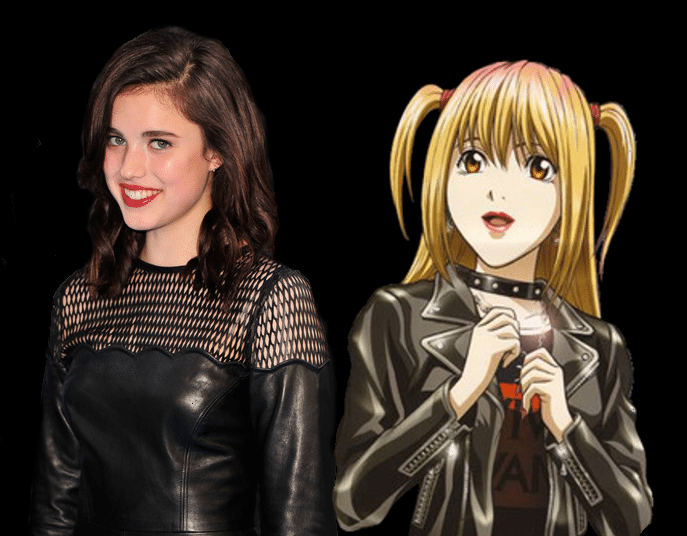 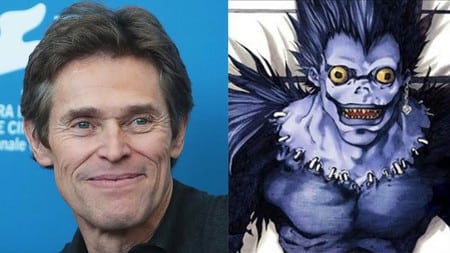 What Is Wrong About Death Note The Movie

There is currently a major controversy surrounding the cast of the movie. A lot of people are accusing Netflix of whitewashing the popular anime for american viewers. As you know Death Note is a japanese anime and unfortunately they didn’t take ANY asian actors for the upcoming movie.

I appreciate the fact the that they took Keith Stanfield to play “L” for black people’s representation although people complain alot about this choice. Regardless, I still think this movie was a major shot for an asian actor to prove that they can play something else than karate gurus of triad members (we need answers Netflix!). 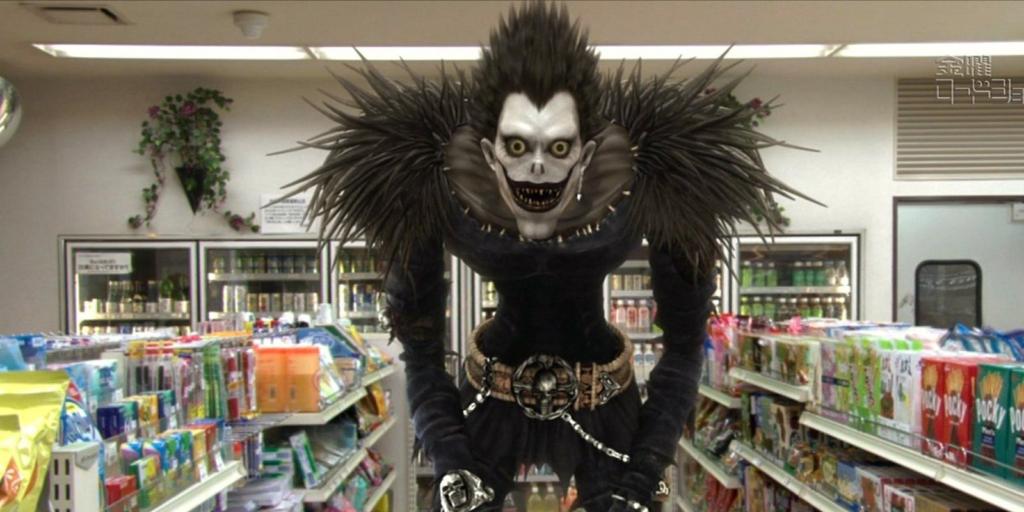 I give them props for picking Willem Dafoe as Ryuk because this actor as the perfect facial features to play any bad guys at large (for real). He is naturally born for this; from green globlin in Spiderman to now a death god.

Nat Wolff as Light Yagami is a questionnable choice according to me. Light is confident, in control and an overall arrogant-king-joffrey-lookalike genius. Based on the trailer, it’s hard to tell if the Wolff will be able to recreate that aura.

The movie is supposed to be released August 25th this year and honestly I hope that Netflix understands that the overall fan base of the aniema as high expectations from this movie!

Tell us what do you think about Death Note’s storyline? Who’s your favorite character? Who should play Light Yagami according to you?