Something hot to start the month because why not?!

Clea Gaultier Gives Us The Deets (For Real)

Clark Kent goes to a cabin and turn to superman, I can relate because when I get a call from my Pr I have to do the same; this time around it’s Clea Gaultier who made it to my ”too hot for the web” list.

Read More: I Went To A Swingers Club And I Actually Enjoyed It

Ever since I’ve wrote my infamous piece about how I went to to a swingers club and actually enjoyed it; I felt like the Teflon Don of the internet.

My writing has been a little more… risky I should say.

My descriptions are more….descriptive if you see what I mean.

Perhaps, none of that boldness was around when I was asked to talk to and inteRview Clea Gaultier,

Was it the topic? Was it the person? the context?

It felt like a first date all over again but this time around I could predict the outcome.

Still I was asking myself: ”What should I ask?”, ”Does size really matter?”, ”What do you do on weekends?”, ”What are you hobbies?”.

I knew what any regular guy would ask but I wanted something different from Clea. The real Clea Gaultier.

I needed to find a sweet spot between asking the right questions (especially those that made you click on this article) and avoid making her feel like I’m either noisy or curious about how to cast in her next set.

A voice in my head said ”Too late now for an overthinking session” as I was climbing the stairs at Bord’ Elle to meet with the actress.

Greeting me with a smile and a ”Bouhhh, Il fait froid quand même par chez vous”. I thought to myself that at least we have something in common.

The voice in my head came back and said ”It’s time son! Don’t choke on this one alright?”.

After a few incoherent mumbling mixed with salutations;  we started what would become yet a new milestone in my career.

In this interview, Clea Gaultier opens up about her career, the worst reaction she got from people recognizing her in the streets and even tips for upcoming actresses!

Never Miss An Interview By Following Us

3 Questions With Marie Wilkinson, A Boss Lady In Eyewear Fashion 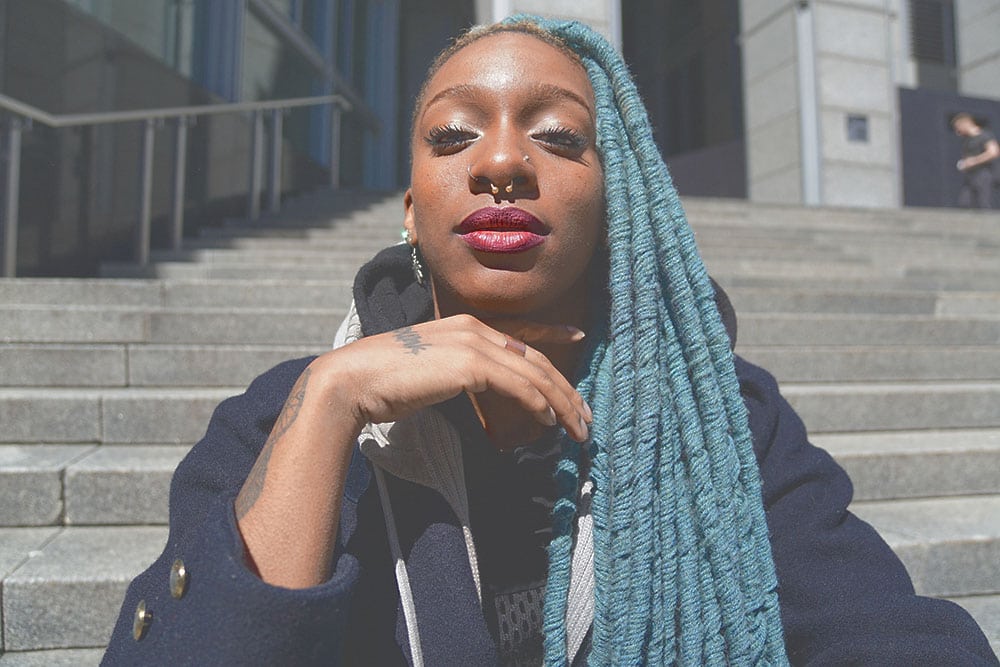