Give Peace A Chance! 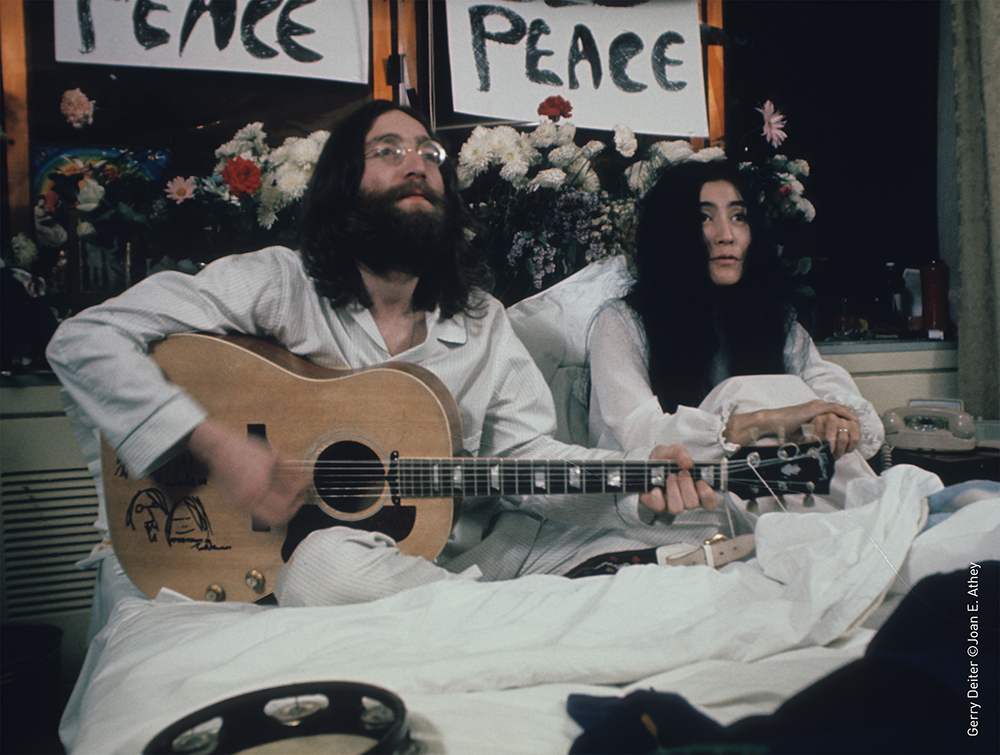 The Bed-In For Peace: A Page Of Montreal’s History Written Again!

It’s already been 50 years since the late John Lennon and his wife Yoko Ono did their now famous bed-in for peace. In midst of the war in Vietnam, Montreal got its worldwide debut in 1969 with

this political statement that the newly weds put together and not a lot of people know that it almost NEVER happened.

Read More: From Montreal To Las Vegas: How Kate Hubley Became A Household Name In Jewelry

Indeed, the couple couldn’t go to the United States for legal reasons and after spending a day in Bahamas to make the bed-in happened.

They’ve decided to travel to Montreal instead. In one of our most historic hotel: Le Fairmount Reine Elizabeth.

The plan was to do the same thing they did in Amsterdam first.

It was a protest against the war, a statement for love and unity while letting the world know what they stood for : world peace.

They stayed a week in the suite but the difference is that they actually recorded a song in Montreal!

”Give Peace A Chance” was recorded and performed in our city and it became an anthem for anti-war messages.

For 7 days straight John & Yoko gave interviews, shared with fans and most of all they spoke their mind about a senseless war.

Call it nostalgia or just the reenactment of something great. Le Fairmount Reine Elizabeth hotel is now giving Montrealers the opportunity

to live this moment again at the very suite where it all took place.

With Genevieve Borne as their spokesperson and also on the 1’s and 2’s. Bringing the best of the 60’s & 70’s

while  Ève Salvail will brings us the best of today’s hits.

Speaking of the 70’s, on the 25th Bar Nacarat joins the festivities to bring you the best of that era with Dj Jojo Flores and also a special drink called the Yoko Fresh.

Along with the theme, they’re building a new door for the famous suite and also bring out a Rolls Royce from this era.

Filled with tour guides of the suite, exhibitions in the halls and a show at their Espace C2.

Also important to add, a part of the proceeds is going to Amnistie Internationale Canada.

If you want to relive a part of history and explore this moment in person, this is your chance.

Visit The Suite Of The Bed-In Peace

From Montreal To Las Vegas: How Kate Hubley Became A Household Name In Jewely

5 Montreal Podcasts To Help You Hustle & Flow Through The Week

5 Montreal Visual Artists To Follow For Some Daily Dopeness

Felipe Del Pozo: 50 Years Of Greatness, 30 Years Of Breaking Barriers & A Great Cause