The Respectables, The Group, The Legend Live And Direct In Montreal

The Respectables is one of those iconic group we’ve all grow up to in a sense. I remember singing vividly, on top of my lungs : ”Oh la oh la , oh la décadence” as a kid and now this thursday, I’ll get to see them live (and you too!).

Founded 20 years ago in Quebec city, The Respectables took the music industry by force. A distinctive sound and rockstar appeal like never seen before, they were making history without knowing it.

Fast forward today, they’ve recently collaborated with Bernard Fowler, from the Rolling Stones to create the track : The Power Of Rock & Roll.

Coming right after Paul McCartney, the group is throwing their own event  at the Bell Centre named after their song The Power Of Rock & Roll.  For this special occasion, they will perform the song for the very first time and they also have a ton of special guests.

By the way, even though it sounds too good to be true, the whole concert is actually F-R-E-E. A great way to start the weekend, the Rock & Roll way!

Are YOU going to unleash the

Take Your Pallet To Roma Inside This New Montreal Italian Grocery 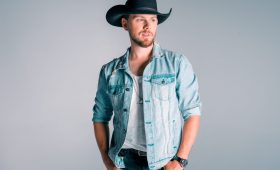 High Klassified’s New Ep Is What Your Ears Been Missing