As I’m writting this article about that Uber Vs Quebec situation with my glass of Ls Cream, I can already feel the rotten tomatoes sliding down my skin. Chances are you’re gonna want to send some at my direction after you read this.

Read Also: PK Subban: Too Fly For The Canadiens

Truth be told, my opinion about this whole Uber VS Taxi is unbiased: many of my family members are actually taxi drivers themselves. I’ve heard their complaints, I’ve read different reports about the pros and cons of having Uber in Montreal and I’ll break down 5 simple reasons why I think we should keep Uber.

* 1 THE TAXI INDUSTRY WOULD HAVE CRASHED ANYWAY

Even in the early 2000’s, a taxi permit was close to 50 000$ and now 16 years later it’s 200000$ !! I think this whole debate around the fact that Uber might escape the same ridiculous charges just highlights how the whole industry is about turning individuals into modern day slaves. Dear taxi drivers, I will tell y’all like I told my father, buy yourself a house instead and flip it. It’s the same amount to invest at first and you get fewer sleepless nights, no dangerous nightlife creatures and uncomfortable naps in the car under a 35 degree sun are all out the window.

* 2 THE GPS, «WRONG EXITS» & MAKE-ME-SPEND-A-LOT METERS WERE GETTING OUT OF CONTROL

We’ve all had this happen at least once, right? I remember when I was actually speaking to a taxi driver about the location where I was trying to go and the conversation lasted about 5 to 6 minutes minutes, because the liquor in my system didn’t allow me to make it shorter. What a surprise to find out, I was being charged the whole time! Here is another classic, I remember the time where we ended up in Notre-Dâme-De-Grace instead of Rivière Des Prairies and the guy actually got mad because HE made a mistake. It was a good try, but trust me I was not about to pay that. Another point for Uber: you know exactly how much you’re being charged, no BS and you can still track the whole thing.

Test it out: go out until midnight, on a friday night and try to tell the taxi driver you’re going somewhere 15 to 20 minutes away? You might as well get your Usain Bolt on and run back to your house. With Uber, that factor disappears because the driver is totally aware of how much he’s going to be paid and he can accept or the job or not. Boom bye bye the angry drivers at this point.

This particular point is special to me because it applies to both an Uber driver or a taxi driver. Judging by experience, when you take a regular taxi you have 40% more chances (don’t send out Statcan on me) of being served by a mime holding the wheel or the typical driver watching the back seats from time to time with Dexte Morgan’s eyes when he’s about to chop you up like a serial killer. Another point for team #UBEREVERYWHERE

* 5 I WAS ACTUALLY A DRIVER FOR UBER AT ONE POINT

If my father finds out, I might might as well change my last name for good, but truth be told, yes I applied because I was curious about it and yes I made some extra earnings with it. In terms of job opportunity, with a schedule you can only dream about, Uber gets my vote once again because I’m all about creating employment and paying off my student loans quicker.

Remember: all they look for these days on TV is the sensationnal stuff. TVA Nouvelles is bombarding us with angry taxi drivers (I always pray that my father doesn’t appear in the coverage) and most often the Uber representatives usually have ”no comments” against their attackers.

You could think they support the taxi drivers, but you can tell they’re making fun of the drivers. Those mini-clips of immigrant taxi drivers talking about how they’re affected is the most viral phenomenon I’ve seen in the past few months. I think Uber efficiently changed an industry that was based on a prehistorical, obselete structure (the new slavemaster) and this is what scares alot of people. It represents progress, even if I still agree that would the taxi industry should adapt first, before any implementation of Uber which. It would devfinitely help taxi drivers put food on their plates.

I understand why some taxi drivers are angry but if their service was adapted, more affordable for them and their customers, do you really think Uber would have a chance?

What do you think about Uber’s developping a car with no driver to give rides?**

ANSWER IN THE COMMENTS NOW!!

What If We Were All Like Dexter Morgan & Mr Robot?

Malik Shaheed : A Decade Of Versatility

Carry Your Essentials In Style With 5 Stylish Wallets For Men

Views From The 6 With Daymon Green: From Introducing Rocawear In Canada & Creating @Community54

The Sneaker Report : Kick Off The New Year The Fly Way With These 5 Winter Sneakers 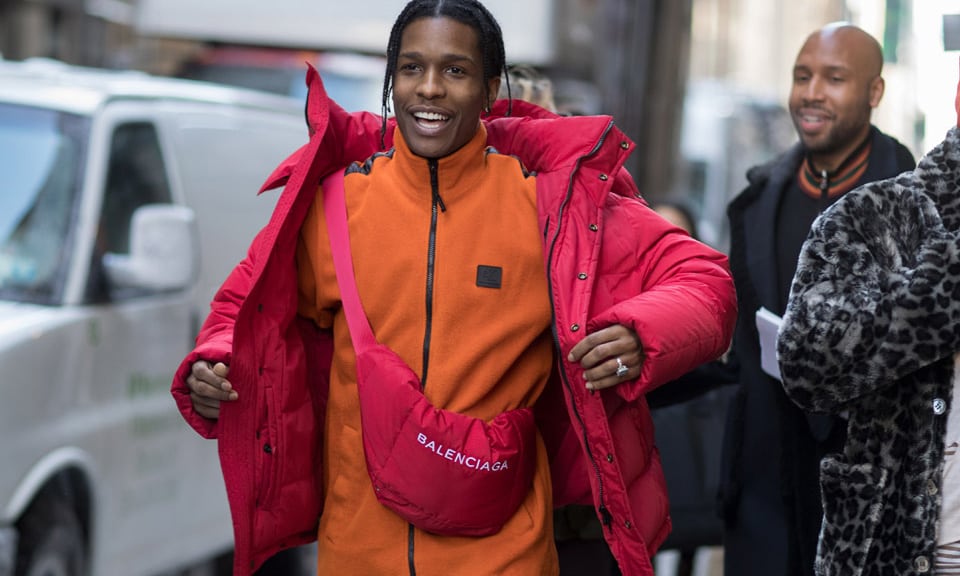