From the internet to the world!

Occupation Hood From You Screen To The Scene

Last week we sat down with Tailaire Laguerre aka Tai, comedian and creator of Occupation Hood, to celebrate and talk about his growth and new projects.

Read More: Urbanista Is Adding Swarovski Crystals To Its Signature Headphones For The Stylish Listeners Out There

This one hits close to home I’m not going to lie. When I was about Tai’s age. Social media had just started to be a ”thing”.

One thing I would found out a little later in my early 20’s, is that this tool could be used to reach millions and even beyond the city I’m from.

Social media has allow me to link with people  from different environments, capture an audience in the Us and it opened up my perspective as young kid from Montreal-North.

When I’ve looked at what Tai has done with Occupation Hood. I can’t help but laugh at how my elders would tell me that this internet stuff wouldn’t take us far (I told you mom).

When I’ve seen how he singlehandedly opened the debate about diversity and inclusion through what came to him naturally, it reminded me that the youth is truly the future.

For months and months, this young creator was bridging the gap between young and old, white and black and also created stars in the process (Big Mitch needs a spinoff by the way).

You couldn’t get away from it, it was infectious and it was beating a lot of those quote unquote big budget programs on TV.

Just a kid, a cell phone and thousands upon thousands of people ready for a good laugh and sharp their flirting skills.

My conversation with this young man was a moment that I value a lot in retrospect.

Somehow I felt like I was reconnecting with myself as a young buck. Vivid dreams, fearlessness and boldness at their peak.

We spoke about a few things. More importantly, we spoke about him taking his idea and himself to the next level.

Speaking of the future and next levels. Tai is doing a live show Saturday July 24th at L’Olympia.

Not only you’ll get to experience Occupation Hood live on stage. It will be the first time that the crowd get to decide the faith of the participants and interact  in person.

Of course since it was arguably the song of the summer. His hit ”Occupation Hood” is going to be performed by none other than Oz, Rosalvo & Dee End.

This experience is in partnership with the Just For Laughs festival and its a another reminder that Tai wants to go for the kill.

We’re looking forward to see what the future holds for him, until then Olympia is the place to be if you want to witness history in the making 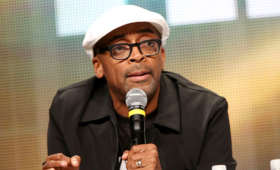